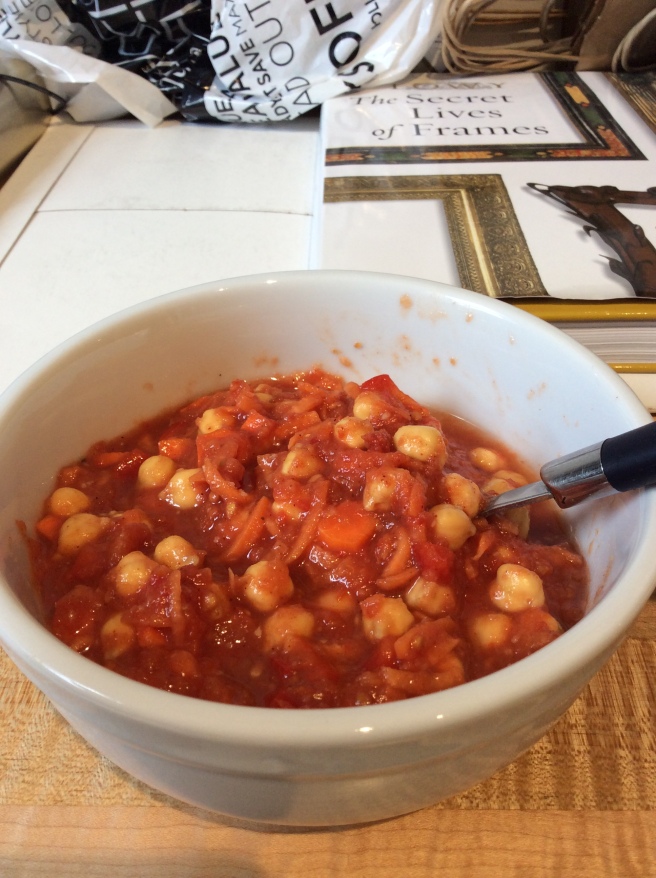 I admit fully to having my doubts about this dish. But it was actually amazing. Different, for sure, with unexpected flavors and textures. I was incredibly impressed, and, when I had unexpected visitors and this was all I had on hand to put out, they all asked for seconds!! Definitely a good meal to include in a raw diet, where it’s nice to have something different that feels a little more hearty. Oh! Did I mention that this is from Eat Raw, Eat Well again? I have NOT moved past the recipe stage of raw eating, since I still feel like I don’t know what I’m doing at all, even with a recipe.

That said: make this for sure.