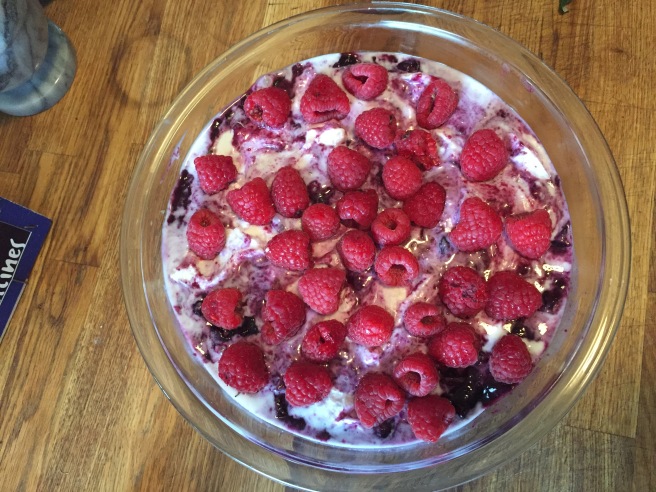 So. Before I even start with this post, let me just say: I totally failed at taking pictures on Thanksgiving. And I have very, very few.

So, you may actually have to read on this one. I understand if you skip this post. 😀

We went to a friend’s house up the road. We only agreed to this cause said friend agreed to brine turkey with no sugar and make Whole30 friendly variations of mashed potatoes and gravy. They also made killer sweet potatoes and amazing beautiful green beans. In short, they are the best friend’s ever. They had a few things we couldn’t eat, but very few, and only about half the people were drinking, so it wasn’t as hard as it could have been.

It just seemed crazy with less than a week to go with Whole60 that we would abandon it just for some bread and booze.

I brought a jug of kombucha, just to have something special to drink. Also, I super love stuffing so I found a paleo version and made that. Here’s a link to the recipe. It was delicious. But. I have no photos of it.  The good news? If you click that link you’ll see lots of someone else’s images. Suffice it to say, it was really pretty and very tasty and totally fulfilled my stuffing needs. I also brought a huge salad (and I knew everything in it!). And here ya go, I DID get photos of my desserts.

Now, I already said this in a prior post, but before any of you Whole30 rules finger pointers start freaking out, this was the one thing I decided to do that was technically cheating. But! There is no added sugar in these except for fruit, and all the ingredients are Whole30 approved. Um. Not only were they both delicious, but the dish I was describing as “somewhere between a trifle and a parfait” was a huge hit. People were telling me it’s the kind of thing they just can’t stop eating, and I was getting texts about it the next day.

I think the same might have been true of my cashew cheesecake, but for one vital error…I froze it too long, and it never defrosted enough to really taste. I actually had written it off, but the next morning it called to me in my fridge and I tried it again…and it was fantastic!! Who knew. Here’s some pictures of my trifle/parfait (made with coconut yogurt) and cashew cheesecake. The cheesecake also didn’t get any photos until almost too late…but you get the gist. 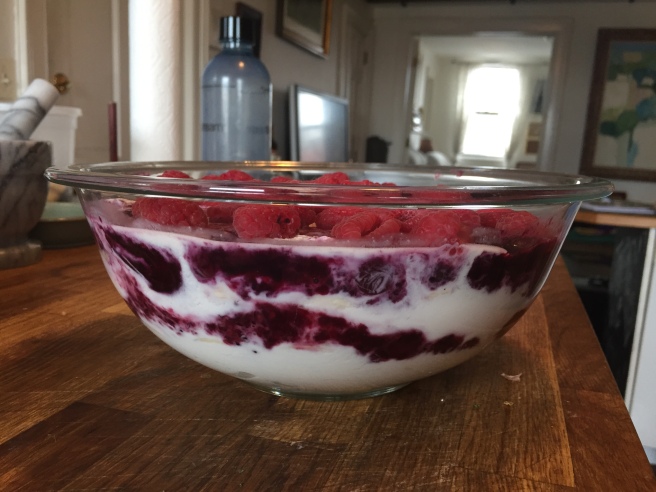 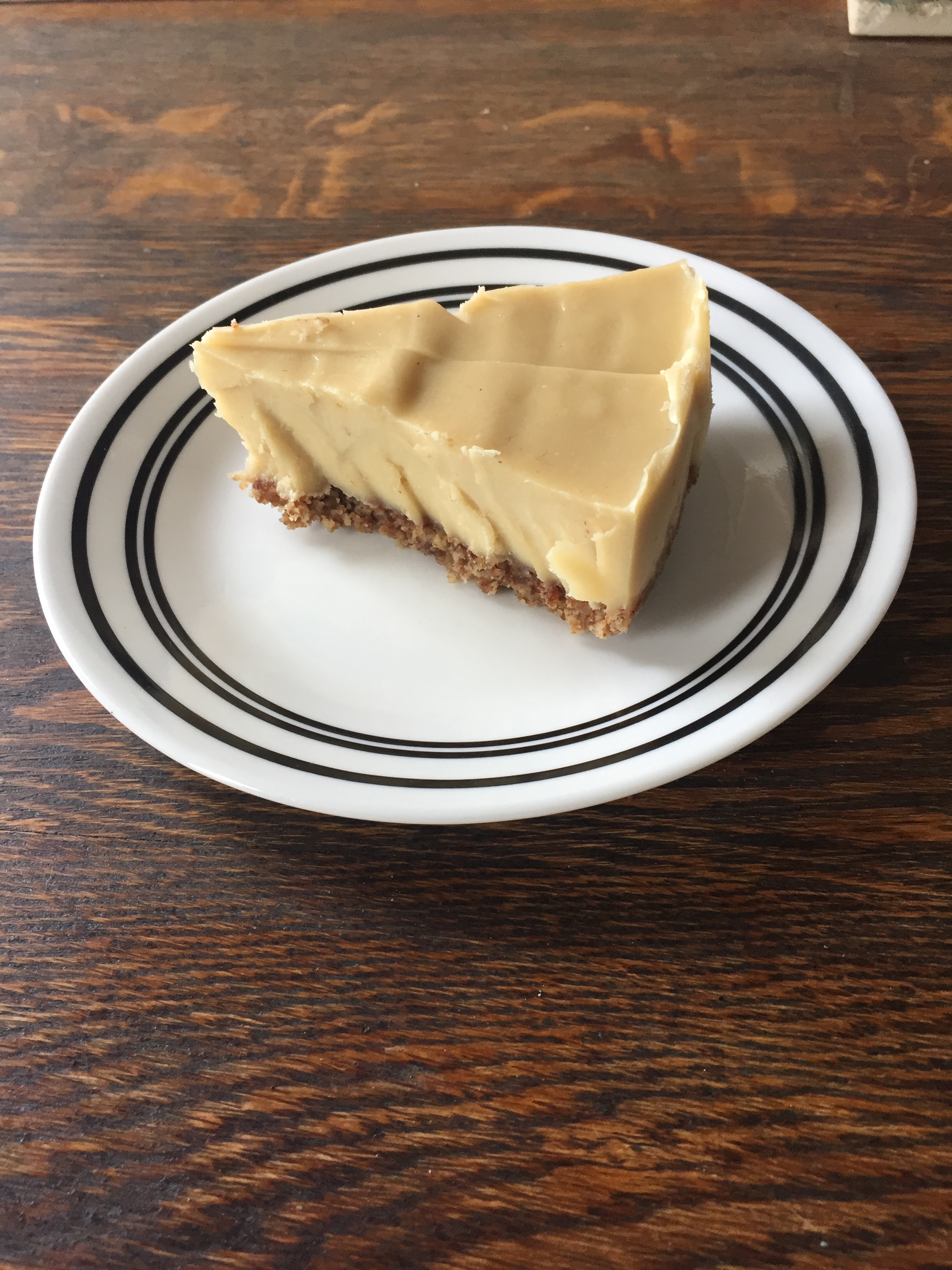 I’m not posting recipes. All I did for the trifle was cook down some blueberries and then some blackberries and layer those compotes with coconut yogurt and banana slices; raspberries on top. Then I whipped up some coconut cream and plopped it on top.

The cashew cheesecake recipe is readily available online, although I used the Douglas McNish version in the cookbook, Eat Raw, Eat Well. I subbed monkfruit extract for agave or honey.