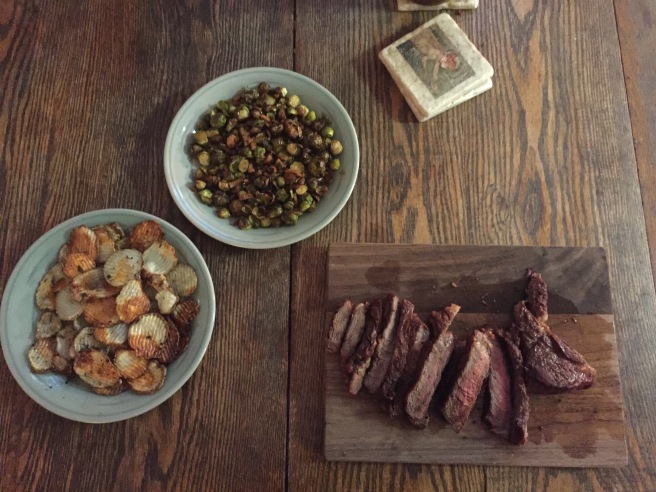 So, I’ve been eating relatively healthy since the end of my Whole 60. Mostly I’ve just been keeping the diet up, adding things like legumes and some grains, but more or less sticking with it.

But I’ve noticed, the one thing that kept sneaking in: desserts. It’s odd, because sugar has never really been my thing. My thing is bagels, and pizza. Like any good New York Jew. But here’s the thing about my life post Whole 60: I haven’t been craving bagels or pizza anymore. I mean, don’t get me wrong, I’ve had them and totally enjoyed them, but I haven’t been thinking about them the same way I used to. It’s sugar that’s been a constant desire.

Not even all day, just really after a nice meal at the end of the day. I’ve been massively wanting dessert. And actively disappointed if I don’t get it.

It got me thinking about what a job the sugar industry has done on us, really! Sugar is in everything, so my logic is, I must be craving the sugar that I normally would get in things like bacon, or ketchup, mayo, salad dressings, seasonings, etc., that I’ve now virtually cut out of my diet. So.

To combat this bad habit, and also cause we woke up on Sunday and had a big fully Whole30 style breakfast (pictured below), and then realized we had exactly 30 days until we went on vacation, we are back on Whole 30. Yay!! And, I’m actually already feeling so much better, and happier with the state of my life in general.

The PokPok Cookbook Project is still coming.  But it’s coming in April. March is strictly for feeling good. Recipes galore to come.

2 thoughts on “The Sugar Fix”